Has Gantz - Hit The Fan?

Right now there's a Likud Press Conference demanding that Benny Gantz, who has branded himself as "clean" be investigated. Apparently, Gantz's friend Roni Alshech, head of the Israeli Police had arranged a deal using equipment from Gantz's company without the legally required public call for bidding, opening it to the public.


Likud Demands that Gantz be investigated
Following the State Comptroller's report regarding critical problems in the Home Front command and Helicopter commands the Likud party demanded that chairman of the Blue & White Benny Gantz be investigated, saying:
"There is no one law for Netanyahu and another law for all the rest. We can not accept double standards and decisions that apply only to Netanyahu. If the law enforcement system wants to prove that every citizen has the same law, it is necessary to announce the opening of an investigation against Gantz and the others mentioned this evening."


COMPTROLLER: THE POLICE ACTED IMPROPERLY IN DEALINGS WITH GANTZ’S COMPANY

Joseph Shapira’s report mentions that “Company A” was given an unfair advantage when it got to be present during internal police meetings about who to choose for the supplier role which Company A was competing for.

The police even granted Company A use of proprietary police technology at a discount to help it develop its solution which the police wanted it to produce.

However, the report goes even further and accuses Company A of making misleading statements to the police in order to win an NIS 4 million payment in 2016 to carry out a pilot project in the cyber technology realm.

But it is even possible that Gantz’s company could have been paid NIS 50 million by the police if his company had not gone bankrupt.

The 2019-5779 Israeli Knesset Elections is getting more and more interesting. 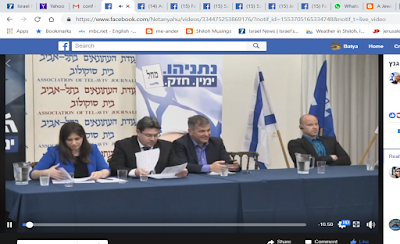 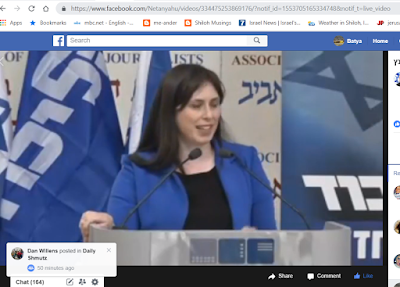 This news conference was broadcast on the internet, not on any of the three Israeli channels. Those channels are all pro-Gantz and anti-Bibi and didn't want to make the Likud look good. My husband had to send me the link, since I had been watching the tv news.