Yesterday, I shopped in Rami Levy, Sha'ar Binyamin. I hadn't been there for a very long time. For close to six years I had worked in Yafiz in the commercial center. I worked with Arabs. It's definitely a Jewish-Arab Workplace. I sold to Arabs. I got to know some of the Arab staff in Rami Levy.

When I had been asked to join the Yafiz staff, nobody told me that I'd be entering an entirely new world. Nobody told me that there would be fellow staff and lots of Arab customers. I honestly don't know if I would have taken the job if it had been described that way.

At the time I began working in Yafiz, we really needed the money. Not that I got decent pay in Yafiz; it was minimum wage. But even minimum wage is better than no wage at all.

On the whole my experiences with the Arabs, fellow workers, including at Rami Levy, and customers was very pleasant. I gained a certain confidence for sure. When Arab (men, of course, women didn't) tried to bargain with me to get a lower price, I made it very clear, in my firmest teacher's voice, that nobody, ABSOLUTELY NOBODY got discounts. All customers paid the same price. I even learned a few words of Arabic to help me.

Many Arabs used to love to come and talk to me in English. There were those who said that coming to Yafiz reminded them of America.

An elderly Arab woman used to shop for clothing to send to her grandchildren in Egypt. Jordanian businessmen used to tell me that they loved the selection of children's clothes we had. There was even a time when Arab tourists used to come in vans for "shopping tours."

Yesterday I was surprised at the friendly greetings I received from workers and customers there, Jews and Arabs alike.

There are still many Arab workers, but one thing I noticed, even the last two years I worked in Yafiz, that there are fewer Arab customers. Apparently, the PA Police try to punish those who shop in Jewish businesses and confiscate their purchases.

I want to make something very clear. I'm what can be called an extreme Jewish Nationalist, who firmly and unabashedly believes that there is none and never has been a Palestinian People, Arab terrorists should be executed even without a trial if caught in the act and full Israeli Sovereignty must be declared over all the Land held by the State of Israel, even the Land that has been allowed to the PA-Palestinian Authority. But I also believe that one of the ways to develop peace between Jews and Arabs is to carefully give the Arabs a chance. At the same time there should be zero tolerance to any Arab who even hints at pro-terror feelings. 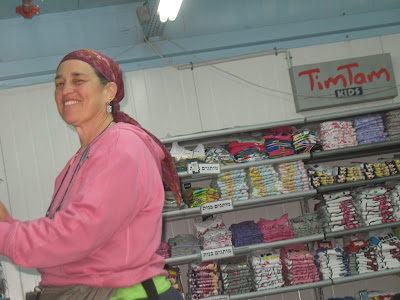 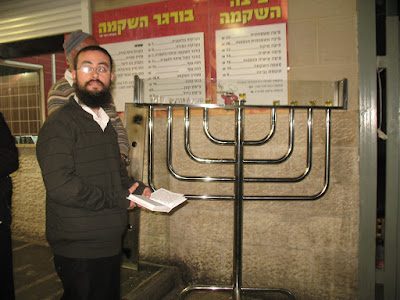 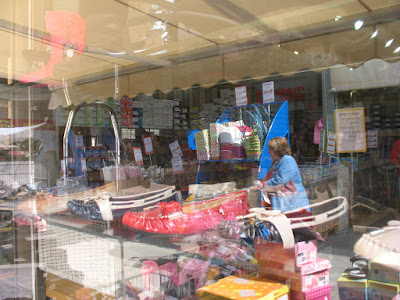 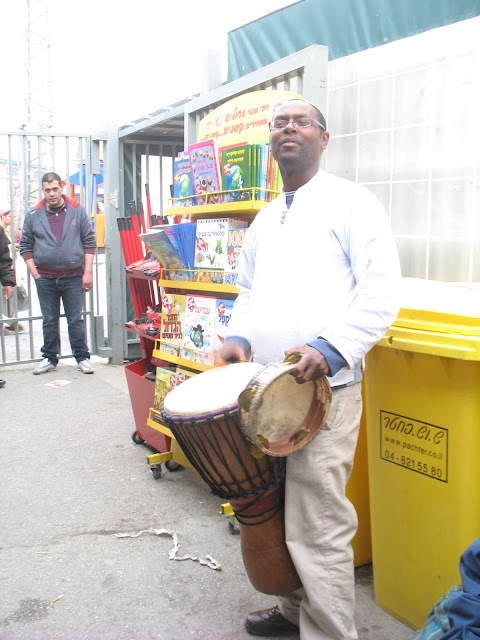 Dearest Batya, recalling your many posts from Yafiz I greatly enjoyed reading this article especially since my daughter's family does their weekly shopping at that Rami Levy. I was gratified that you were not only recognized but received friendly greetings from former workers. I too agree with your words, " But I also believe that one of the ways to develop peace between Jews and Arabs is to carefully give the Arabs a chance." (And living in a rocketed area you know what a Zionist I am!) Bless you for another wonderful blog!

Thanks, NG, appreciate the kind words.

Hear, hear! I don't have all the answers, but I absolutely believe that the more "normal" being around each other can feel, the closer we are to whatever kind of utopia we will have in this country someday, iy"h. I would have thought this view was just common sense, until I moved here and met people who are literally in favour of killing every last one of them without a trial. Yes, we have been hurt before and even that nice friendly Rami Levy was the site of a pigua in 2016. Like I said, I don't have the answers. But this has got to be a truer and more Jewish path than one of pure hatred and murder.

Yes, for many of the Arabs, their greatest danger is from the terrorists who threaten them for being friendly to Israelis.