More Hypocrisy from the Israeli Left

Tonight on the television news, there was a report about how even though there's a shortage of workers willing to be aides in afternoon programs for preschoolers and other young children, school security refuses to allow Arabs to take the jobs.

My mind goes back to what an Arab told me many years ago. Her family davka lived in a Jewish-Arab community for idealistic reasons. The program we were both in had Israeli Jews of all political stripes and her, the only Arab. After awhile, she admitted that she felt more comfortable with those of us who lived on yishuvim and were unapologetically on the Israeli political Right. She had been getting rather disillusioned with Leftists. She said that her Jewish neighbors didn't like their children to be exposed to the Arab preschool and teaching staff. They didn't want their children to have even a trace of an Arab accent. And even though she considered herself to be a loyal patriotic Israeli, the Leftists in our group ignored her.

Another point that kept coming up in my mind was that the same people who wanted Arabs to care for Jewish children and insisted that it was racist to forbid it, don't consider themselves racist for insisting that Jews shouldn't live in Arab neighborhoods. Of course they have no problem with Arabs in Jewish neighborhoods... 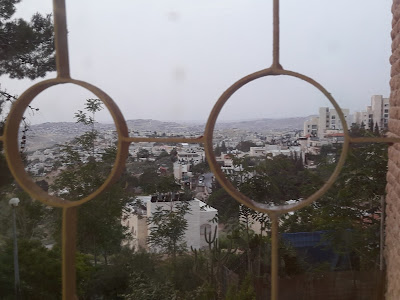 Leftists have an agenda and a mental problem. Their real goal is to deJudaize Israel. To them the Jews should integrate with others. Truth, the elitist left in their hearts look down at the Arabs and all third world societies. What bothers them is that Jews adhere to Torah and this makes them literally sick. What they want is to be on the top associated with the western culture. They've got a mental problem. They're confused and know that the Yehudi is special to the G-D of Creation, so deep down they're happy they're Jews but want to be accepted by the elite non-Jews and there's the problem. Fools!

Do As I Say (Not As I Do): Profiles in Liberal Hypocrisy
by Peter Schweizer, year 2005

This entertaining book is filled with devastating attacks against:

“Liberals have a sort of death wish, really wanting to go down in flames.
Action or success makes them suspicious, and they almost lose interest.
They like it much better to have a cause than to have a course of action that’s been successful.”

How Reform Jews CHEATED on the Pew survey: