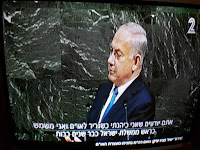 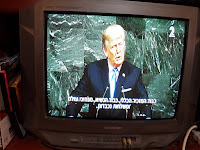 I listened to a good portion of the United Nations General Assembly speeches of both Prime Minister Binyamin "Bibi" Netanyahu and American President Donald Trump. They both came out punching. Neither of them gave a "Kumbaya," feel good mood speech.

Netanyahu placed a lot of emphasis on how great the State of Israel is doing, and what a fantastic friend of Israel American President Donald Trump is.

Trump attacked the countries he sees as a danger to World Peace, Korea and Iran.

Both speeches are here for you to listen to them. Tell me what you think.