Is Bibi Guilty of Corruption? 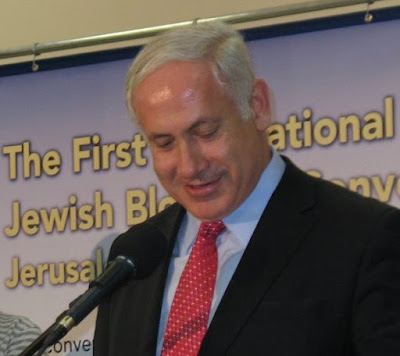 The Israeli media has been unsuccessfully trying to prove that Prime Minister Binyamin "Bibi" Netanyahu and his wife Sarah are corrupt for years. As a general rule "where there's smoke there's fire," but the unabashedly Leftist Israeli media is untrustworthy and highly subjective. They believe in making news, rather than just reporting it.

On Israeli newscasts, journalists interrogate and argue with rather than interview when the interviewees aren't of their political ilk. It takes a lot of guts and confidence to be in their "hot seat." But, in contrast, they excessively fawn over Leftists and Arabs.

Honestly, I don't have any "inside information" about the Netanyahus. They may not be the most pleasant people to work with, but few top politicians, no matter what the country, are. To get high up in politics it takes single-minded, self-centered ambition and backers.

The Israeli media has blamed Bibi for everything including the weather, water-shortage and seasonal high prices of tomatoes. So, I just don't trust them. Yes, I trust the media less than I trust Bibi.
Posted by Batya at September 06, 2017