Coalition or Round 4? What do You Think? 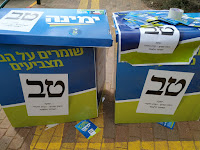 Like the vast majority of Israelis, I voted on Monday in the third Knesset elections in less than a year. And at least the party I chose to vote for had enough votes, so mine wasn't wasted. 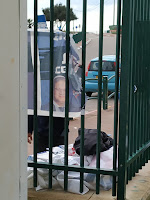 Unfortunately, even though this time Bibi's Likud got a few more seats than Gantz's Blue & White, his potential coalition partners are still a few seats too small for a government of sixty-one or more Knesset Members. Gd willing there will be some MKs from a "Center" party willing to work together with Bibi.

One big improvement this time round was that there's much less election litter scattered before and after voting. Here in Shiloh I saw stuff from Yemina, Otzma and United Torah Judaism.

But the dirt coming out of Gantz's mouth hasn't ceased. The main message/aim of his election campaign has been trying to keep Bibi Netanyahu out of office. It's very much a one issue party. Gantz has never shown that he's capable of handling all the responsibilities of a Prime Minister.

I have no "inside information." I wouldn't try to predict what's going to be. Never had I thought that we'd have three elections in one year.

Let's just hope and pray that Netanyahu and his team manage to craft/negotiate a strong, long-lasting coalition to successfully manage the needs of the State of Israel. 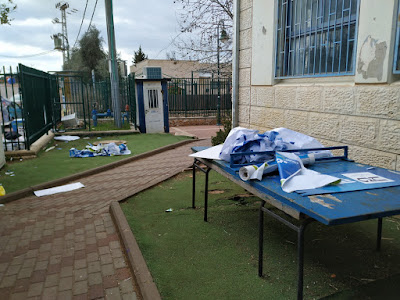