Israeli Knesset Elections 2019 still aren't officially settled. Votes may have been counted, but the lame duck government is still holding court. That's because although the results may look like an "easy Right wing coalition" for sitting Prime Minister Binyamin Bibi Netanyahu, none of the potential coalition partners seem to have signed on the dotted lines. They're all making demands and even threats.

This is no doubt a "headache" for Bibi, but it is even worse news for the citizens of the State of Israel.

We don't see the newly elected Knesset Members as  idealists wanting to serve the State of Israel. We see a bunch of egotistical, immature selfish people who show no signs of willing to compromise and work together for the good of our country. Even the political parties which campaigned promising to support Netanyahu and the Likud are making trouble.

Netanyahu doesn't have too much time left to present a working coalition. Honestly, I don't blame him for the situation. And I don't believe the talk that he and his legal problems are to blame. If he really was corrupt, like Ehud Olmert who had to leave office, he'd be out of office and in court already.

I want to see the MKs lining up asking how to help and figuring out the coalition puzzle for the good of the State of Israel. We have a dangerous enemy that must be defeated, and we need a serious government in charge, not a bunch of selfish schemers. 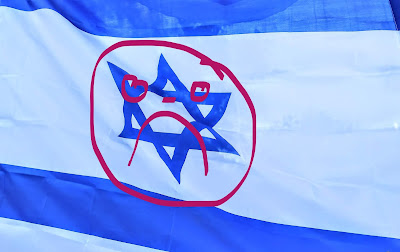 “…but the lame duck government…”

The phrase “lame duck” is never mentioned
in Tanach or any ancient Jewish
Torah book – it is an Americanism –
a phrase native to the United States of America.

That Batya knows what this phrase means
is evidence of her American origin.

“We see a bunch of egotistical,
immature selfish people who show
no signs of willing to compromise and
work together for the good of our country.”

What I am about to say may be completely
wrong; but my experiences have led me
to suspect that many Jewish organizations
suffer from those problems.

“Europe tends toward pacifism because
it knows it has nothing to gain from aggression.

Iran tends towards belligerence because
it knows it has nothing to lose.”

“[Swiss Muslim Tariq] Ramadan is the grandson
of Muslim Brotherhood founder Hassan al-Banna,
whom he praised without mention of al-Banna’s
allegiance to the Nazis during the 1930s and 1940s.”

As Mohamed ElBaradei, the Egyptian Nobel Peace
Prize winner, said after the January uprising,
his country “is on the list of failed states,”
and the Arab world is “a collection of failed states
who add nothing to humanity or science”…

“Today’s cultures are dying of apathy,
not by the swords of their enemies.”