Where's The Idealism in Israeli MKs?

Maybe I'm just too much a product of the idealist 1960s America. You can bookend my formative years with the most iconic line of John F Kennedy's Inaugural Address and the 1967 Six Days War.

I somehow tweaked Kennedy's idealist and patriotic challenge and transferred my loyalty to the Jewish People, Jewish Religion and Jewish Land. Here I am a just over half a century later, not only living a Zionist version of Kennedy's ideal, but naively and idealistically expect to see that idealism in those elected to Israel's Knesset, the politicians.

Just weeks after the recent Knesset Elections, our experienced and wily Prime Minister Binyamin Bibi Netanyahu is ready to throw down the towel and give up trying to find enough MKs and political parties willing to work together, compromise and form a viable government coalition for the good of the State of Israel.

Bibi is my age and spent a lot of his youth in the United States. No doubt he is extremely familiar with Kennedy's cry to galvanize idealism for the good of the country. Unfortunately the attitude of most of the Israeli party leaders who should be negotiating with Netanyahu is horrendous. They each announce to the press that the will not compromise their cabinet demands, and they expect Bibi to give in. This is awful and bodes badly for Israeli society and the State of Israel.

We may need to go through elections yet again, Gd forbid.

There was a time when MKs were willing to cross lines and form National Unity Governments, but since Gantz, Lapid, Bogie and Ashkenazi made their entire campaign the demonization of Binyamin Bibi Netanyahu and insisted that they wouldn't work with him...  A National Unity Government isn't on the menu. The "Blue and White" wannabes didn't campaign that they'd put their egos aside and do what's best for the country.

So unless a miracle happens, we're going to be suffering through another few months of election litter. 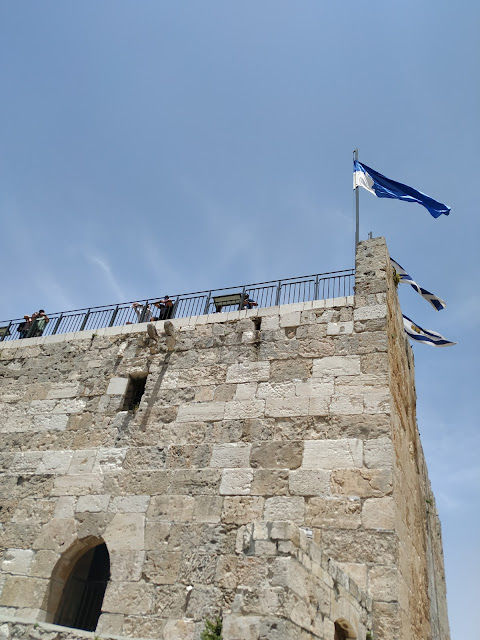 Idealism, like money and youth,
can be lost with the passage of time.

I am very sorry to say that I no longer
have the idealism that I was blessed
with in my 20s and 30s.

Decades of suffering drain the idealism
from a man: multiple incurable health problems,
relentless unsolvable money problems, betrayals,
dissappointments, aggravation and humiliation;
they combine together to deprive a man even of
necessities like his will to continue living;
how much more so they crush luxuries like idealism.

“In [year] 1670 [CE], because the Queen
of Austria suffered several miscarriages,
the whole Jewish community was expelled.”

“The Jewish people are optimists,
addicted to a passionate belief
that they cannot possibly have
enemies bent on their destruction.”

In any attempt at defining their specific
psyche or “mystique,” we must include
that most puzzling and yet most revealing
contradiction in the Jewish mentality:

the apparent inability of the Jews
to understand or predict their own
catastrophes. The Jews, whose history
consists of one tragedy after another,
have yet to be prepared for any one of them.

Clemenceau, who as a young man witnessed
the most notorious of anti-Jewish trials,
the affair of Alfred Dreyfus,
is supposed to have remarked that
“only the defendant did not understand”
the Jewish implications of the trial.

It can be safely said that the only ones
who were oblivious to the possibility
of their own destruction in 15th-century
Spain were the Jews. So they surrendered,
died or lost their fortunes, and those
who survived were finally expelled
from the land of their birth.

This sort of blindness has been true
throughout Jewish history.

Jews have always been the last to know
what everyone else could have predicted.

It is as if they simply do not
believe it possible.

As far as they were concerned, it “happened overnight.”
They packed up and left.
But nothing really happened “overnight.”

He was a Reform Rabbi in Berlin and
one of the first Jewish leaders in
Germany to speak out against Nazism.

He was expelled from Germany in year 1937
and came to the USA, and served as Rabbi
of a large congregation in New Jersey.

He was President of the American Jewish
Congress from year 1958 to year 1966
and wrote many books.

In this G-Dless era, before Moshiach, there's no such thing as politicians and leaders of nations having any 'ideals'. Power and greed is the name of the game. Must say the only one showing some ideals for his country is Pres Trump and is trying to bring it back to some kind of normalcy. But, it will only be Moshiach who will set this world straight.

I think you've put the cart before the horse. We have to work hard to improve society for there to be a Moshiach.