The Normalization and Acceptance of The Datiim, Torah Observant

Not all that long ago, you didn't see Datiim, religious guys in kippot holding the microphone, being part of the news team on Israeli television. Datiim were allocated an hour or two a week, for the pre and post Shabbat programs. As far as I know, there were media men who kept traditional Jewish Homes, Kashrut and Shabbat, but their kippot stayed in their pocket when on camera. 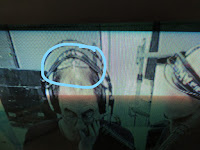 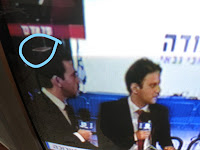 After a long break, since IBA Israel Broadcasting Authority closed, we can now watch the  Kan Israeli television stations and the newscasts at home. I'm noticing kippot, and I can't help but to smile.

For me, this is a new Israel.

And since we're in Elections mode, I'll explain the connection. Today's young datiim, aka the "national religious," see themselves as full participants in the State of Israel in a way that their grandparents and even parents couldn't have imagined.

Sociologically speaking, of course, in the early days of the State of Israel, the datiim, were usually educated in the State Religious, mamlachti dati schools. It was believed that without the NRP National Religious Party, today the name has been changed to Jewish Home Party, in the coalition their school systems' survival would be in danger. That's why the NRP had to be in every coalition, and the parents of the students and the system's graduates had to vote for it.

Post 1967 Six Days War, two things happened. One was that the NRP voters became more ideological; they were the most enthusiastic Israelis for settling all the the Land liberated in the war. Two was that the State Religious school system had become strongly part of the Ministry of Education establishment, and the NRP could no longer campaign that they were needed to preserve it. That's one of the reasons the NRP is having such an identity and leadership crisis.

Today's young datiim don't like to be restricted. More and more girls are doing army service, and not as teachers. Their brothers are also taking on more challenges in the IDF.

Israel is the only Jewish country in the world. Our people are an ancient people, whose historic peers no longer exist. At the same time, Israel is a new country and always changing, innovating, growing. Even after close to half a century here in Israel, I find it all very exciting.
Posted by Batya at February 12, 2019

Any Jew who is truly Dati will
avoid visiting Arab doctors, and avoid riding
Arab taxis, and avoid buying anything from Arabs,
and will avoid hiring Arab workers.

There are many reasons for this, and right now,
I do not have the time or patience to explain
them all – maybe someone reading this message
can do that for me. Thank you.

“Public opinion in the Arab world is split
about 50 50, between those who are appalled
by the bombing [of the World Trade Center]
and those who applaud it”.

“Al Qaeda seeks to destroy the Jewish
state completely. Much of its rhetoric
and some of its attacks suggest that
it sees international Jewry and Israel
as interchangeable.

The group’s rhetoric is also viciously
anti-Semitic in addition to being anti-Israel.”

This quote is only about Al Qaeda,
but should we believe that other
radical Islamic terrorist organizations,
with almost-identical beliefs,
would behave differently?

“Killing civilians, particularly Jews
and Americans, is deemed acceptable
[by Al Qaeda] when other targets
are too difficult to attack.”

This quote is only about Al Qaeda,
but should we believe that other
radical Islamic terrorist organizations,
with almost-identical beliefs,
would behave differently?

1- that is totally off topic
2- impossible, unless you live in some sort of ghetto, where all people are clearly labeled
3- counter-productive, since just breeds hatred and terror

If you want the country to be truly dati, then the insanity of many of the attitudes of the typical Israeli who has become a Westerner more than a Jew, should take Mr. Cohen's advice. Then you will see the return of real dati Yehudim in Eretz Yisrael. Israel needs to take back its "Jewish" identity.

Sorry to break it to you but the country won't be "be truly dati." There never was such a possibility. Human nature is contrary. Think of the ketoret which was an integral part of the worship in the Tabernacle and Holy Temple. It consisted of herbs and fragrances, some very bitter on their own, but combined they were Gd's recipe and very holy. That is the Jewish People. Nothing simplistic.

Didn't mean the individual Jew who has the right to be and do what he pleases and as with all of us will answer to H'. Meant that the country itself would run as a Jewish country, according to Torah law, such as: The cities being shut down on Shabbat, no outright treife meat being sold anywhere in the Land, etc., etc. Before Oslo, there was some semblence of Jewishness but today, it's not recognizable. Nothing will be perfect until Moshiach comes anyway.

A, Moshiach is more a "time" than a person, from what I've learned recently.
Oslo didn't change society. I don't know where you got that from. I've been here since 1970, actually first as a student in 1969.
In many ways, Shabbat is easier to keep today.