Pundits weren't really shocked when Naftali Bennett and Ayelet Shaked announced that they were divorcing the NRP Jewish Home to start an independent New Right party.

But Labour's Avi Gabay's sayonara to Tzippi Livni's did take people by surprise, and that includes Tzippi herself. Yes, the Zionist Union is no longer "united." Apparently, it was a marriage made in hell, at least for him.

Livni has bounced through Israel's political spectrum probably more than any other politician. She also may be the only one as "party head" who although getting the most Knesset seats, couldn't or wasn't given the nod to form a ruling coalition. Maybe she should just take the hint and retire.

When elections are scheduled, it's never dull here in Israel. 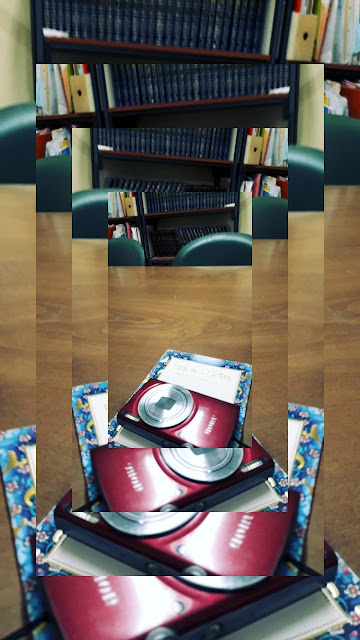 My mother always used to say that with children
"there is never a dull moment". Apparently,
the same thing is true of Israeli politics.

“The conquests of Islam made Jews the subjects of Arab and Muslim rulers in a wide swath of land, stretching from the Atlantic coast of Morocco to the Hindu Kush mountains of Afghanistan. Being non-Muslims, these Jews held the inferior status of dhimmi, which, despite giving them protection to worship according to their own faith, subjected them to many vexatious and humiliating restrictions in their daily lives.”

“In the 5th century [of the Common Era] Yemen [the land immediately south of Saudi Arabia] adopted Judaism as its religion. King Ab Karib Asad, the ruler of the Himyarite kingdom, introduced the change after converting to Judaism himself under the influence of Jews at his court. Many south Arabian converts to Judaism followed. Jewish rule in Yemen lasted almost 100 years.”

“Internal Koranic evidence shows that the Jews of Medina [a city now in Saudi Arabia] were steeped in rabbinical tradition. While celebrating him [Mohammed] as an unlearned person, the hadith [Islamic holy books] acknowledges that Mohammed was confounded by the learned questions of these Jews.”

Winston Churchill said this about Islam in year 1898:

“... But the Mahommedan religion increases, instead of lessening, the fury of intolerance. It was originally propagated by the sword, and ever since, its votaries have been subject, above the people of all other creeds, to this form of madness. In a moment the fruits of patient toil, the prospects of material prosperity, the fear of death itself, are flung aside.

The more emotional Pathans are powerless to resist.
All rational considerations are forgotten.
Seizing their weapons, they become Ghazis—as dangerous and as sensible as mad dogs:
fit only to be treated as such.

While the more generous spirits among the tribesmen become convulsed in an ecstasy of religious bloodthirstiness, poorer and more material souls derive additional impulses from the influence of others, the hopes of plunder and the joy of fighting. Thus whole nations are roused to arms.

Thus the Turks repel their enemies, the Arabs of the Soudan break the British squares, and the rising on the Indian frontier spreads far and wide.

In each case civilisation is confronted with militant Mahommedanism.

The forces of progress clash with those of reaction.
The religion of blood and war is face to face with that of peace.”

I think that with the influence of the superficial media, politics is getting crazier all over the world.