Looks Like The End of The NRP National Religious Party מפדל

Way back when, even before the Establishment of the State of Israel, people chose their political party according to the Zionist Youth Movement they were active in. Betar voted Herut, Bnei Akiva voted NRP National Religious Party מפדל etc. A relatively high percentage of Israeli youth were in a youth movement, whether it promoted Leftist kibbutzim, religious moderation or שתי גדות לירדן Shtay Gadot Layarden, Two (Both) Banks of the Jordan.

In the days before internet, television and even a phone in every home, Israeli kids kept busy with their youth movement friends. One's youth movement ideology was one's politics, sick fund, school, address, bank and pretty much everything. Things have changed in Israel, and the political polls show it.

The last surviving and relatively strong ideological youth movement is Bnei Akiva, which has always been connected to the NRP aka Jewish Home Party. In recent decades, the strong ideologues graduating from Bnei Akiva haven't supported the NRP, finding it too weak and compromising on ideology and idealism. Those controlling the coffers and properties of the NRP found themselves in the embarrassing and risky position of having to recruit ambitious politicians from the outside. That's how Naftali Bennett and the more secular Ayelet Shaked ended up running it.

Bennett and Shaked did their staj, internship as party heads and then must have done a secret poll that showed that the NRP voters would vote for them without the label NRP, so they left it and have established the New Right, a name which I consider absolutely awful.

Ever since Bennett and Shaked announced their new political party, polls are showing that the NRP won't pass the minimum votes to get into the Knesset. Read the latest from Jeremy's Knesset Insider.

Israeli society has changed enormously in the half century we're in the country. It's very rare for a country and society to change so quickly. 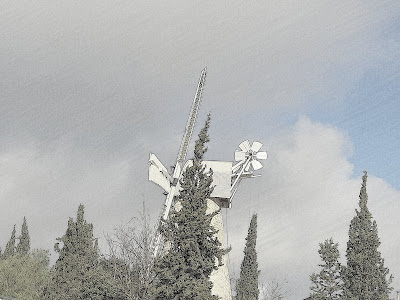 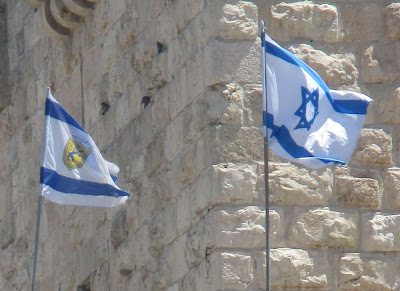 Recently I discovered that I no longer have
Jewish relatives that live in Israel.

They did not die; they moved to New York City :-(

When things like this happen, it make my own
aliyah even less likely than before.

Why should I make aliyah, when more and more
Jews leave Israel and move to American daily?

The anti-Semitism of the left is quite
different; it disguises itself as anti-Zionism,
but it quickly morphs into anti-Semitism.

When students yell there’s no room for Zionists
at Hunter College, they don’t mean Zionists.

They mean Jews. When they attack the
Zionist president of Hunter, they attack
the woman who happens to be Jewish.

I don’t even know what her views on Israel are.

So, it’s a new form of anti-Semitism
disguised as anti-Zionism.
We have to fight it hard.”

A strong Israel is required to get peace.
Never apologize for your strength.”

“The difference between Israel and Hamas
[an Islamic terrorist organization] is
that Israel uses its soldiers to protect
its civilians, whereas Hamas uses its
civilians to protect its terrorists.

That is why most of Israeli casualties
have been soldiers and most of Hamas'
casualties have been civilians.

The other reason is that Israel builds
shelters for its civilians, whereas
Hamas builds shelters only for its
terrorists, intending that most of the
casualties be among its civilian shields.”

Sorry, but that's a ridiculous excuse for not making aliyah. I remember my aunt using the same line against our plans summer of 1970.
When we made aliyah, the only other people my parents knew who had a child in Israel were my in-laws. Within a few years, not only did my cousin and her family come, but my parents became the mentors of those with children in Israel.
Just because others are ignoring Gd's instructions of לך לך why should you?
There is a steady deterioration in Galut Jewry on the whole and a rise of Yahadut here in Eretz Yisrael. Don't follow the weak, follow the strong.

>> "a name which I consider absolutely awful": I agree with you 100% on that name. Indeed, I think Shaked and Benet wish to use it for 1 or 2 elections, and then to jump inside the Likud...

Oh, Batya, if only its eminent death were so! I have been waiting for the death of the non-National, non-Religious, non-Party to die for years!

Now we'll have the New Right, which is neither new, nor right.

In the next incarnation, they're probably just call it the New NRP, and everyone will hail it as a brilliant idea.

Once I heard an expression, from a Likidnik perhaps? Not sure. Maybe you know. It goes like this:

There are such diehard NRP members who would vote NRP, even if they put a cat on the party list.

esser, yep, politics
a, who knows, but I'd hate being in the mizrachi straightjacket.