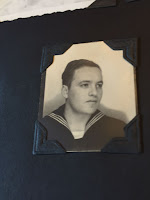 My father passed away just over a year ago. If he had still been alive, he'd be 97 years old. During World War Two, he was an officer in the United States Navy. They trained him in what was then a revolutionary new technology, radar.

There was a lot of guesswork in the training, since the technology hadn't actually been in use before. No surprise, he discovered that the crew hadn't been prepared for what it was really like to use radar. And lucky for the U.S. Navy that my father was a natural "problem solver" and managed to figure out what was necessary to repair and properly use the equipment. 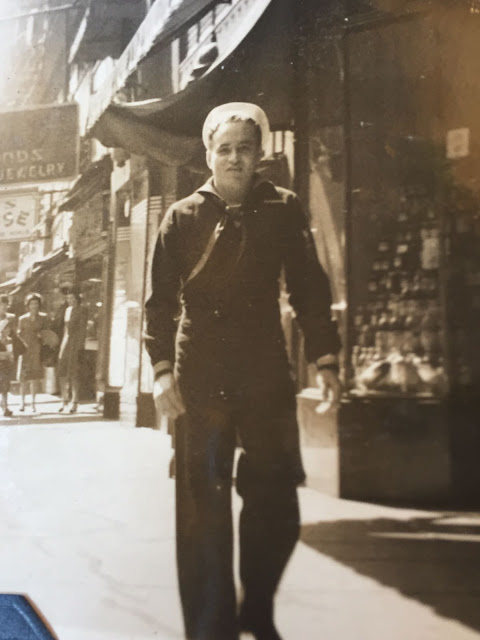 The story I remember best, which he only began telling after a few books came out about the ship he spent time on, was how being a great cardplayer saved his life. My father had been stationed on the USS Indianapolis, Flag Ship of the Fifth Fleet. Just days after he had suddenly been transferred off, (*along with a Protestant and a Catholic --like characters in a joke--) the ship was torpedoed and sunk. Most of the crew ended up dying, many after spending days floating helplessly in the Pacific.

What made my father lucky enough to have been transferred, besides the obvious siyata d'Shmaya, Hand of Gd? My father had inherited from his father a great talent in cardplayer. And on those ships, while whiling away the boring days and nights, sailors and officers didn't play for peanuts.

Apparently there had been a well-connected officer who owed him a lot of money and managed to get him transferred off before making good his marker. No, I don't know if the welcher was one of the dead. But I think my father was happy enough to have been given life. It was a good trade, certainly worth the money.

*As in many families, not everyone agrees on the details of legends/stories like this one. I've written my version. About twenty years ago, my husband's uncle was exchanging war stories with someone he had just met in upstate New York. The man told him about how he, a Catholic, along with a Protestant and Jew had suddenly been transferred off of the Indianapolis, an act that saved their lives.

"Was the Jew Sid Spiegelman?"
"Yes, how do you know? Do you know him?"
"His daughter is married to my nephew!"

Due to that chance encounter, my father was able to establish a relationship with him, and they visited together.
Posted by Batya at August 20, 2017

Under the Hand of God a Jew finally married to a Catholic? Wow!

No. No, they just escaped almost certain death.

Great story. Thank you for sharing. And love the photos.

You might want to know that some of my
guest posts on this blog that have been
read by more than 400 people: