Is that how they treat their mothers?

It's "that time of the month" when the Shiloh and other Mateh Binyamin (Benjamin Regional Council) women travel together to Kever Rachel, Rachel's Tomb, before the beginning of each Jewish Month.

I was lucky. We went yesterday, Sunday, and I got out of work early enough to meet the bus at the Beit El "T Junction" on the main road. Actually I got there with plenty of time to spare and take pictures! 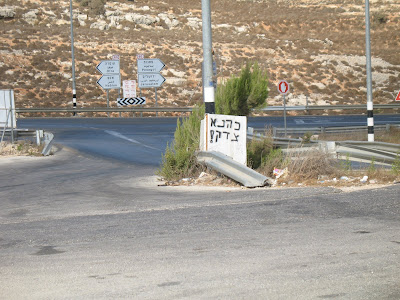 Look! I'm not the only woman who "tremps." 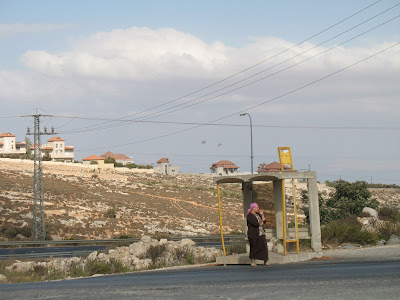 That green frame is no photo trick; it's a viewing hole at the bus shelter where I was waiting at Givat Asaf, the small community at the junction, established and named after Asaf Hershkowitz of Ofra who was murdered during Ehud Barak's reign of terror. It happened only a few months and a few kilometers north of where Asaf's father, Arye, had been murdered. 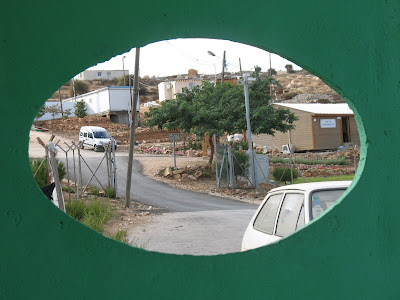 Luckily the sun wasn't on me, and I was able to sit and relax after a busy couple of hours at work. We had tested the 9th graders to see into which English group to place them. 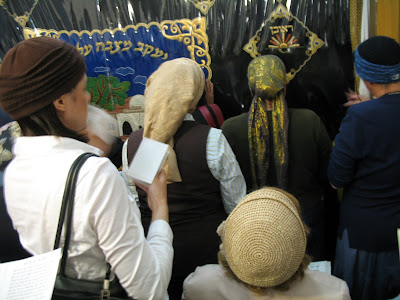 Entering Kever Rachel was hassle free, Baruch Hashem, thank G-d. Everything was fine, until we realized that almost all the chairs were missing from the Ezrat Nashim, the Ladies' Section. It made it much harder for me to say as many Psalms as I usually do. I just can't stand so long on my feet. At one point, when I was in the outer room, one of the men from the Kever Rachel Yeshiva came in to check something, and I asked him what happened to the chairs. In the past, even on the most crowded visits, I've always found a chair to sit on. He replied that a large group of Chassidim had come, and they took all the chairs out. I asked him to please see that it doesn't happen again. Many elderly, pregnant and women who just can't stand on their feet were suffering. That's no way to treat women. 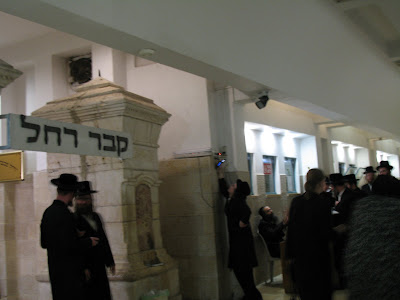 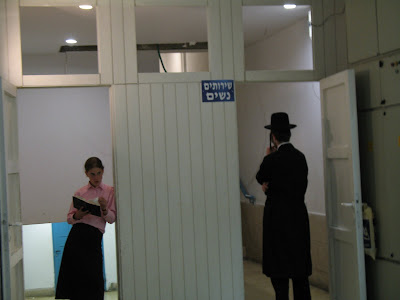 Just before we left, one of my neighbors said that she was gathering at least ten women to say the "Nishmat" prayer (from Shabbat morning prayers) together. It's supposed to have special strength when said like that. So we gathered together, and one woman said it out loud and the rest of us silently, each concentrating on her personal requests to G-d. Yes, I did feel a special "power." 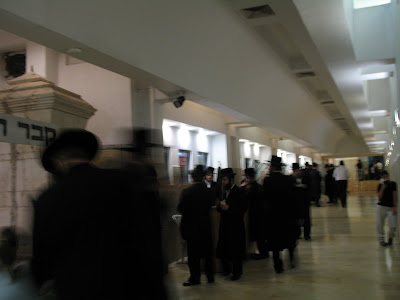 The bus actually came on time, and the sky looked so beautiful as we rode back home to Shiloh. 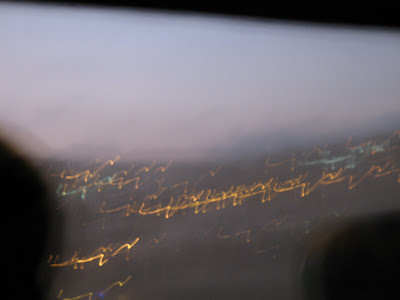 Gmar Chatimah to One and All
Posted by Batya at September 10, 2007