Is Insane Israeli Political Situation Due to Foreign Interference?

Prime Minister Binyamin Netanyahu will be continuing another few months as "interim," AKA "lame duck" Prime Minister. We're going to have a third round of Knesset elections in less than a year, and unless something very dramatic happens, the situation -stalemate- will continue ad nauseum. I suggest reading Arlene Kushner's article about it. 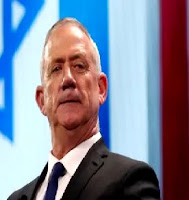 IMHO there are two guilty parties in this unprecedented situation, Avigdor Yvette Lieberman and the backers/instigators of Benny Gantz's Blue and White political party.

Lieberman has repeatedly destabilized Israeli Governments, and my guess is that there's foreign money behind Gantz and cronies. I'm not sure what's behind Lieberman. Could he have been planted here decades ago from the USSR? Or is he just "having fun" playing politics.

About Blue and White, don't forget that during Obama's US Presidency, there was blatant American interference in Israeli politics to unseat Likud's Bibi Netanyahu, V15. They haven't given up, and now they're targeting both Bibi and Donald Trump. I don't have the capabilities to prove it, but I have no doubt.
Posted by Batya at December 12, 2019