The only thing that really disappoints me about US President Trump is his so-called "Peace Plan."

Since he had originally campaigned against imposing any plan and insisting that you can't impose peace.

I hate to break it to Trump, Kushner etc but the Arabs all want us dead and gone, and this predates the establishment of the State of Israel. That's the truth, plain and simple. The hate of all things Jewish predates Zionism too.That's one big thing that Muslims and Christians have in common. Think about the Crusaders, Inquisition and Nazisim.

I'm not going to waste any more time. I feel like a broken record.

Bury it, Trump, and take care of your own country. 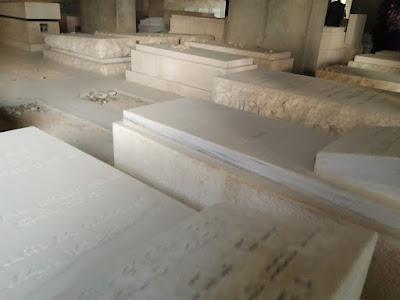 What is the Israeli-Arab conflict really about?

The Koran teaches that Jews are
the worst enemies of Muslims.

“You will find that the people most
hostile towards the believers [Muslims]
are the Jews and the polytheists...”

"The [Final] Hour will not be established
until you fight with the Jews,
and the stone behind which a Jew
will be hiding will [miraculously] say:

"O Muslim!
There is a Jew hiding behind me, so kill him!"

NOTES:
Hadith are sacred Islamic stories about Mohammed.
This story appears in the Hadith seven (7) times!

The Koran requires the "abasement and poverty" of Jews:

At a [year] 1937 [CE] lecture to the British
Foreign Ministry, the King of Saudi Arabia said:

“Verily, the word of Allah teaches us,
and we implicitly believe this...
for a Muslim to kill a Jew...
ensures him immediate entry into Heaven...”

“[IUMS Trustee Sheikh Hassan Ould] Aldo
and the [Muslim] Brotherhood use language
similar to what Hamas used in its original
charter, which rejected any peaceful coexistence.

To them, Palestine is part of
a waqf, a holy Islamic trust,
that no person can negotiate away.”

“For Hamas, the Israeli enemy is more
than just a geo-strategic opponent.

It is, rather, a delegated religious target
slated for annihilation, one whose obligatory
and violent elimination will confer blessedly
eternal life upon the Islamic sacrificer”.

“The issue between Arabs and Israelis goes
beyond policy disagreements. It’s deeply
rooted in the belief systems taught in
Muslim countries, which are anti-Semitic.”

CONCLUSION:
The Israeli-Arab conflict is NOT ABOUT LAND.
It is about Islam’s most sacred books and
Arab schools teaching hate against Jews.

Why do Muslims hate Jews?

“The Qur’an depicts the Jews as
inveterately evil and bent on
destroying the well-being of the Muslims.

They are the strongest of all people in enmity toward the Muslims (5:82);

they disobey Allah and never observe his commands (5:13).

hiding the truth and misleading people (3:78);

staging rebellion against the prophets and rejecting their guidance (2:55);

giving preference to their own interests over the teachings of Muhammad (2:87);

wishing evil for people and trying to mislead them (2:109);

feeling pain when others are happy or fortunate (3:120);

being arrogant about their being Allah’s beloved people (5:18);

slandering the true religion and being cursed by Allah (4:46);

never keeping their promises or fulfilling their words (2:100);

They are under Allah’s curse (9:30),
and Muslims should wage war against them
and subjugate them under Islamic hegemony (9:29).”

SOURCE: Sharia Professor:
“If you are a Muslim who believes in the Quran,
you must believe that the Jews are your enemies”
by Robert Spencer, 2019 August 4
www.JihadWatch.org/2019/08/sharia-professor-if-you-are-a-muslim-who-believes-in-the-quran-you-must-believe-that-the-jews-are-your-enemies

In March 1921, when Sir Winston Churchill
visited Gaza, the local Arabs greeted
him with frenzied cries of:

“Down with the Jews! Cut their throats!”

Sir Winston Churchill described
“militant Mahommedanism” as
“the religion of blood and war”.

"Islam in a man is like rabies in a dog"
is often attributed to Sir Winston Churchill.

However his exact words were:

“How dreadful are the curses which
Mohammedanism lays on its votaries!

Besides the fanatical frenzy,
which is as dangerous in a man
as hydrophobia in a dog, there
is this fearful fatalistic apathy.”

VOCABULARY NOTE:
The American Heritage® Science Dictionary
says that hydrophobia is another name for rabies.

SOURCE 1:
The River War: An Historical Account
of the Reconquest of the Soudan,
by Winston Churchill in 1899 CE,
published by Longmans in two volumes.
This quote was removed from the condensed 1902
edition, for fear of antagonizing millions of
Muslims that the British Empire ruled at that time.