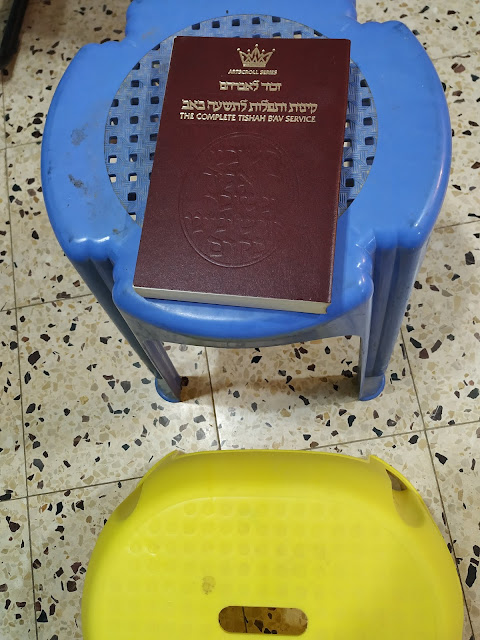 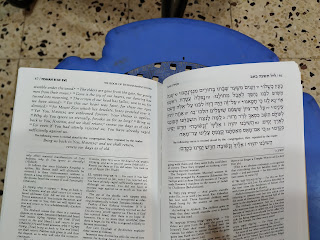 This year, this Tisha b'Av, the time we're supposed to be mourning the destruction of our Holy Temples, I find myself mourning the fact that the vast majority of the Jewish People have no plan to build the Third Holy Temple.

As I read the words of Eicha, I began to feel that we're too accepting of our "victimhood," rather than pushing forward and living as Gd wants. Much of this feeling is the influence of the lectures I heard the other day in Michlelet Herzog (College) Tanach/Bible Program.

Only seventy 70 years passed between the destruction of the First Temple and the construction of the Second Temple. Now over two thousand years have passed since the Second one was destroyed, and  we still don't have a Holy Temple. More than seventy 70 years ago the State of Israel was established and more than fifty years since the IDF Israel Defense Forces liberated the Temple Mount in the stupendously miraculous 1967 Six Days War.

Just a few hours ago, on Shabbat we read the Torah, Dvarim:

21- See, the LORD your God has placed the land at your disposal. Go up, take possession, as the LORD, the God of your fathers, promised you. Fear not and be not dismayed.”

Nu? It's clear to me. We're supposed to be sovereign and build for the Jewish People in all of the Land of Israel, including the Holy Temple, the Beit Hamikdash on Har Habayit, the Temple Mount.

We must not be afraid of foreign powers. They have no power over us. We the Jewish People are Gd's People.

May we accept Gd's gifts and use them properly

and amen, thanks
glad you agree

Maybe I am wrong about this, but I believe that the 75% intermarriage rate of non-Orthodox Jews, and the high percentage of non-Orthodox Jews who are atheists, and thousands of Jews converting to false Gentile religions every year, are even more worthy of being mourned than the destruction of the Temple in Jerusalem 1,950 years ago.

Why was the First Temple in Jerusalem destroyed?

Because of idol worship and forbidden intimate
physical relationships [gilui arayot]
and bloodshed that were in it.

But [concerning] the Second Temple in Jerusalem
[literally, the next one] we recognize that
they labored in Torah [study] and they were
careful with tithes [maaserot],
so why were they exiled [from the Land of Israel,
and the Second Temple destroyed]?

Because they loved money and hated each other.

This teaches you that hating each other
is considered by G*D [literally, The Omnipresent]
and the Written [Torah] [the Tanach] to be
equal to: idol worship and forbidden intimate
physical relationships and bloodshed [combined].

CHRONOLOGY: Anonymous statements in the
Tosefta are attributed to Rabbi Nechemiah,
who was active around the year 150 of the Common Era,
and was a student of Rabbi Akiva.
The Tosefta was written before the Mishnah.

It's connected to the reason that has kept us from building the Third Holy Temple.

Agree and amen to you and commenters' input.
Was sorry to read that so many 'jews' convert to other religions. Any Jew doing that has no Yiddishe neshama and is just going back to his roots. That's why there is such an upsurge of non-Jews converting to Judaism (of course,only those with whole-hearted sincerity) because they were born with Jewish neshamot and replacing the false Jews.
What a chaotic/confusing era!

a, More than "converting," many Jews are so ignorant of Jewish life, they just don't live it. They end up with nothing.
Leah, yes