I'm one of those who cannot justify or support the growing popularity of traveling to Uman to worship at Rebbe Nachman's grave, whether it's just any time or for Jewish Holidays. Actually, I'm turned off by the entire idea of worshipping at any grave, no matter how righteous the dead person may have been. I even stopped going to Kever Rachel years ago.

For me, the two holiest places for Jewish Prayer are the Temple Mount, Har HaBayit הר הבית and Shiloh, the location of the Biblical Tabernacle, Mishkan משכן. And after those two locations, any place from which you can see those sites and after that ordinary synagogues and places of regular Jewish Prayer.

Yes, I've said it. I know that not everyone agrees. Honestly, I have no doubt that the religious fervor that inspires worshipers at Uman can be created almost any place. It doesn't come from the dead body there. There's nothing in Judaism that supports the worship of the dead. We are only supposed to worship Gd, and worship Gd directly, not through an intermediary. We have an express person-to-person line to Gd, each and every one of us. We just have to dial the number.

We've been living in Shiloh since 1981; that's thirty-seven 37 years. Maybe if I lived someplace else I'd be less adamant about its holiness and significance. But considering that people of all religions come to Shiloh to pray, I don't think that I'm exaggerating about the centrality of Shiloh to Prayer.

Jewish theology is very firm about only worshipping Gd and the holiness and centrality of the Land of Israel. The concept of מקום makom, place,  ארץ Aretz Land is in the earliest words of the Bible, לך לך Lech Lecha, Go for your own sake...

The LORD said to Abram, “Go forth from your native land and from your father’s house to the land that I will show you.

Shiloh is in the Center of the Holy Land and was the first Capital City of the Jewish Nation when Joshua led the Jewish People back home after the exodus from Egypt. There wasn't even the need for a battle to conquer it. Just like in June, 1967, Iyyar, 5727, Shiloh welcomed the return of the Jewish People. There were no occupying enemies.

Halachot, Jewish Laws for Praying are based on the story of how Chana Hannah prayed in Shiloh for a son. She soundlessly mouthed the words, because Gd does not need sound to know what we are saying. And she didn't ask Eli the High Priest, because we do not need an intermediary, live or dead.

Today, over three thousand 3,000 years after Chana's iconic prayer, we know that a lone woman's prayer has as much power as a minyan of ten men, the required quorum, Jewish community prayer.

Now, just a couple of days before Rosh Hashannah, the Jewish New Year, we must attempt to repent for our sins, no matter how unintentional or accidental they were. Gd is waiting for our prayers, our Teshuva, Repentance.

It was wonderful seeing a new generation of Jewish Women learning, praying and celebrating in Shiloh Hakeduma, Tel Shiloh at the Tefilat Chana, the same Shiloh where Chana prayed to Gd thousands of years ago.

I'd also like to take this opportunity to invite Jewish women to our Rosh Chodesh Prayers, which take place the beginning of each Jewish Month at Tel Shiloh. Next will be Rosh Chodesh Cheshvan, Tuesday 30th of Tishrei 5779, October 9, 2018, 8:30am, Gd willing. תפילת נשים, ראש חודש חשון, ל' תשרי, יום ג',9/10/2019, 8:30, בשילה הקדומה, תל שילה. For more information email shilohmuse@gmail.com with Rosh Chodesh as subject. 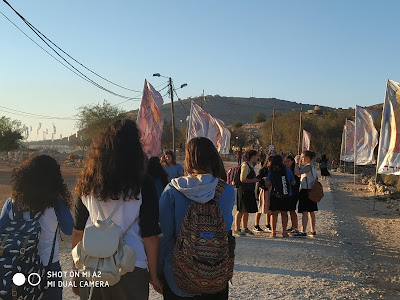 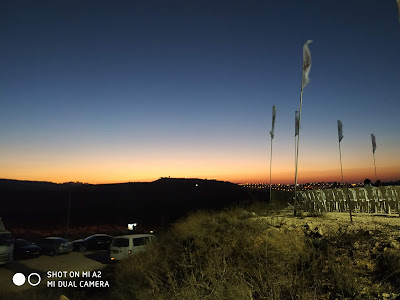 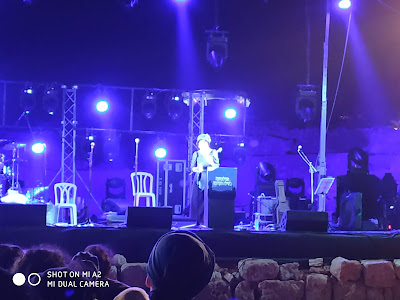 Todah, Batya, for this posting, as always, i enjoy a lot of what you post.

I agree with you, that just going direct to Hashem is the best way... like what else could ever ever be better than just praying or talking directly to the Creator.

Be it in the Kotel, or in ones house, or on the road, in a bus or a car, or just walking. Hashem is right there with us... as long as we acknowledge that He is there.

Well... no one needs to go any where to any Saints grave, or such.

You put it all so well.

Thanks again. So until the New Year... 5779.. God bless you and your family and all those who visit your blog, where you share so much of good things, and other things, in that we become aware of the world we live in..(speaking for me i am :) )

The Vilna Gaon wrote a famous letter to his
family (the Igeret HaGra) in which he teaches
Jews should avoid unnecessary visits to cemeteries.

“The Arizal warned us to NOT
visit a cemetery except to bury a dead person.”

Rabbi Yisroel Reisman [an Orthodox Rabbi] spoke out against
those Jews who plan their vacations for locations like:
Switzerland, France, or Italy where the people hate Jews.

[He said:] "It would be better to visit the Land of Israel to
benefit from its holiness and help our brothers economically."

PERSONAL NOTE 1: Rabbi Yisroel Reisman did not specifically mention Ukraine (where Rabbi Nachman is buried), but Ukraine is one of the most Jew-hating nations.

Mr. Cohen, stella, thanks to both of you

Excellent, persuasive post! We had a heated discussion on this very controversy in my sukkah: one of a handful blessed with directly facing Tel Shiloh! 💜

Natalie, you have the most amazing view. People could have been sitting right where your house is for the holy meal in view of the Mishkan.