There's an interesting article in the Jewish Press by Joe Settler which hinges on the concept of "Moral Authority." 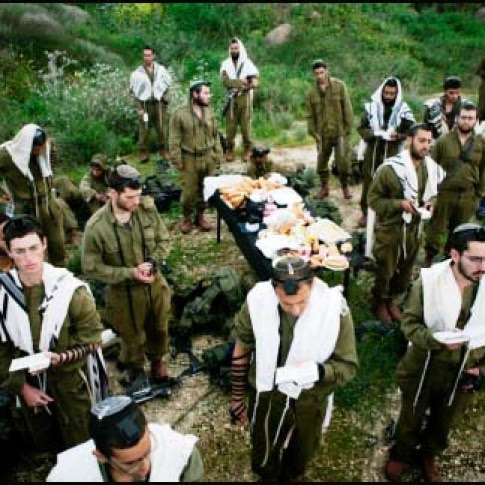 When a drafter of Israel's Constitution says there is a problem because too many IDF commanders are religious, we need to worry about what kind of Constitution he is drafting.
"I meant, that as long as there is no solution for the source of the authority in the IDF in general, and specifically, including the integration of women [because listening to women sing, is the biggest problem the army faces], the problems will grow and increase. As the number of religious soldiers and commanders grow, since the authority of their Rabbis is what rules for them, the size of the problem will get larger. More and more officers and soldiers will find themselves indecisive when they face this conflict." Dr. Arye (Arik) Carmon, head of the Israel Democracy Institute

For many years, I've been troubled by the fact that even Torah observant (aka Orthodox) Rabbis, especially American Yeshiva University educated ones, such as Rabbi Shlomo Riskin and Rabbi Aaron Lichtenstein, have somehow added non-Jewish concepts/ideologies of Liberalism and Democracy to the 613 mitzvot, Torah commandments.

We Jews have a much more veteran and well documented social and political philosophy/ideology in our Torah and Talmud.  It actually contradicts many modern "moral" philosophies/ideologies, because it's timeless.

I was especially disturbed in the troubling times leading to the Disengagement expulsions when so-called Torah observant rabbis said that a Knesset vote could over-ride the Jewish connection to the Land of Israel and even banish Jews from their homes, communities and businesses.

ישוב הארץ Yishuv Ha'Aretz, the Settling of the Land is a cornerstone of Judaism, and a large portion of the Torah is centered on it.

The Torah is our MORAL AUTHORITY.  Without it, we Jews couldn't have had survived as a People during the thousands of years of exile from our Holy Land.  Our Land and our Torah are what has kept us a people.

I see the process of Torah observant Jews growing in the IDF (Israeli Army) as proof that it is happening today.

Israel's secular and quasi-secular/religious  leaders don't understand that our true Moral Authority is G-d given.
Posted by Batya at February 11, 2013

You are so very SPOT ON !Batya.
If not for the authority of the Tora, then what right do Jews have to "The Promised Land"? Who promised to whom?
Hashem, Himself, promised it to the Jews. Venochalu le'Olam... "To settle it forever and forever".
Whatever the U.N. and their elk give - the un-holy U.N. can also take away.
But not so with Hashem's Tora, the Land of Israel and the Jewish People...

a, thanks
amen re:Sanhedrin and the unity we'd need to have one

We hear that on the news sometimes here in the states as well. When a commanding officer gives an order that goes against God's moral authority, some soldiers will refuse the order. Unfortunately too many feel that man's ways are higher than God's ways.

Cindy, what happens to the soldiers?