Parshat Shavua Bahar, The Connection of Shmitta to Mt Sinai 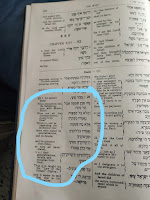 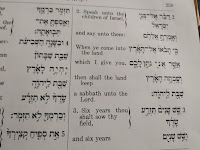 I'm certainly not competing with the venerable and respected Rashi, but a half a century after making aliyah, moving to Israel, I definitely see a strong connection between Shmitta and Mt Sinai.

The connection between Shmitta and Mt Sinai is very simple. It's the paramount centrality of the Land of Israel to the foundation of Torah and Mitzvot. Since there are mitzvot that can only be observed in the Land of Israel, all Jews should be living here.

Yes, I understand that for even the most Torah observant and learned Jew living out of the Land of Israel, the Laws of Shmitta appear theoretical and even irrelevant. This was certainly even more so a thousand years ago, the time of Rashi, when nobody could seriously envision fruitful Jewish agriculture and a Jewish State in the Holy Land, Land of Israel. Christian crusaders had been invading and destroying much of the Land of Israel in the name of their god. Jewish Life was under attack all over the world, especially in the Holy Land. Christian and Muslim theologians needed to prove that Judaism was dead and they were the god appointed replacements. Of course, they would then have to fight each other for the ultimate title.

A hundred and fifty years ago the Zionist Movement brought a new relevance to Shmitta and all other Torah Commandments, mitzvot that can only be observed in the Land of Israel. Close to three years ago I reviewed Rebels in the Holy Land - Mazkeret Batya - An Early Battleground for the Soul of Israel, which tells of how the pioneers who established Mazkeret Batya risked everything to revive the mitzvah of Shmitta.

Poskim, rabbis who are considered as qualified/learned to make decisions based on the Torah, must look seriously at the new realities of today and not base their decisions on Jewish Life of a thousand years ago, a hundred years ago, before the Establishment of the State of Israel and even before Israel's miraculously victory in the Six Days War. The Establishment of the State of Israel and the post-Six Day War were major game-changers for the Jewish People. Gd gave us the Torah to be lived in our world, not to be rooted to the past. We are now sovereign in the Land of Israel, and it's time for all Jews to come home. Otherwise, you may miss the boat.
Posted by Batya at May 17, 2020