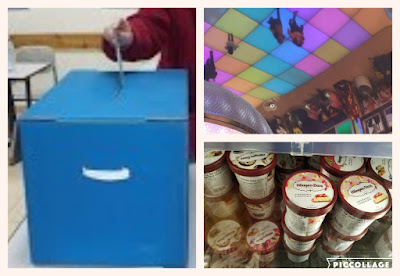 Rather confusing political times here in Israel. Round three of Israeli Elections is getting even less press time and interest than the "redo" a few months ago.

On the whole, life is going on as usual, although we've been in lame duck or caretaker mode for about a year. Periodically there's some hysterical item in the news about how someone is suffering because without an "official" government certain budgets can't be updated, or something like that. I certainly don't doubt that the situation is affecting people, but we have MKs and Ministers etc.

Binyamin "Bibi" Netanyahu is still the Prime Minister and still makes government policy decisions. Wannabe PM Benny Gantz seems even less impressive as time goes on. And his backup squad can only be described as pathetic.

Netanyahu is just a few months younger than I am. Honestly, I don't know from where he gets his energy. I'm happily lazily retired. So far he seems able to go on forever, but when the time comes for him to retire, there are quite a few potential replacements from the political Right. The Right, as we'll refer to it-- meaning Likud -- see themselves as responsible for governing all Israelis, regardless of nationality, politics and religious observance. The Blue & White Party plus those further to the Left campaign hatred, and that is bad for the State of Israel.

Don't get me wrong. I'm not a great fan of Bibi, Likud and Yemina, but as I've written previously, sometimes you have to hold your nose. The Israeli political system requires compromise and working as a team. It's the real world.

In a few weeks we'll be having elections yet again here in Israel. I vote Häagen-Dazs. I just hope to find a way to get some here in Shiloh. Gd willing, third time will be the charm. I can't think of the right joke to pin onto a fourth election.
Posted by Batya at February 13, 2020

Has Bibi set up any kind of successor, even informally? I might be wrong but I think I read once that he refused to because of the fear Likud use that as a way to force him out.

In any case, I wish you luck in getting an end to this mess and a government that safeguards your country.

Political leadership is "the survival of the fittest," so an "appointed successor" would not have the true qualifications. Remember that King David's instructions to his son Shlomo were quite a "test" to his abilities.

: Election Israel
1) Netanyahu should promise that after elected to push for term limits 15 years maximum for p.m.
[what he could to protect himself by saying it does not retroactively include last century which would Garner him still another 4 years]
2)he has done nothing to help his socio-economic lower working poor and lower-middle-class Mass
3) push for complete israel including Judea and Samaria however it should be felt deeper in society not just for fringe settlers
4 l)push tradition
especially standing up to transgender
and demoting his perverted Justice Minister
& not to do that again
5 ) the new burial rules in the har hamenuchos west of Jerusalem
the ultimate economic inequality contemptuous segregation for eternity
Those have enough money stay in the ground
if not they take the bones after a year and put into the walls
tremendous angst to the simple traditional masses
Destroys the hope that after death money wouldn’t matter anymore
if it was completely equal irrespective
no showing favoritism be one thing
but a person gives his life on the line in the army Has a rough life but hopes at least when it’s all over
as good as anybody else but now even then he won’t be
it’s having a massive effect ironically on the less observant than even the more observant
wouldn’t you care if someone would pop family up cuz you don’t pay enough money?
putting everyone in the ground for 12 months and only those who pay money get the permanent location?