Bibi's Not Perfect, But He's Not Corrupt 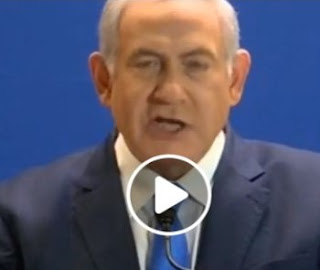 What the Left, International Left to be exact, couldn't achieve in legal elections, they are doing by inventing crimes. My complaints about Prime Minister Binyamin Bibi Netanyahu are that he hasn't used his legal official position as PM to fully annex all the Land we liberated in the 1967 Six Days War, and he tries to please the world rather than act as a proud Jew. Bibi's attempts to be Centrist weaken the State of Israel. I want him to be a David not a Saul*. But these trumped up charges against Bibi are a coup, just like he claims.

I have no doubt that the funding, backing mentoring for Gantz's Blue and White Party can be traced to the same international Leftist conspirators who brought Obama to the US Presidency and funded the "anyone but Bibi" groups, V15 etc ad nausuem. Now, that's really illegal, but the judicial here and almost everywhere are terribly politically Left leaning.

Someday it will just be chapter in World History, but it's hard to live through it knowing what we know.

Gd is The True Judge and can override everything. Shabbat is soon, and we certainly need a rest from the mundane world. Thank Gd for creating Shabbat.

*King Saul was from the Tribe of Benjamin, and his weakness as a leader caused Gd to choose David to be King and establish a dynasty.
Posted by Batya at November 22, 2019

I don't think you're wrong about the coup, or that the international left is coming after him. But, I also believe that in Israel, it's not if you're corrupt or not that matters.

It's who you upset. If you upset the wrong people, then forget about [much of] a political future.

So, just draw your own conclusions... What do you think you celebrate on Iyar 5th?...

Dutch Parliament cuts aid to Palestinian Authority
due to payments to terrorists and families:
https://www.jns.org/dutch-parliament-cuts-aid-to-pa-due-to-terrorist-salary-payments/

a, what is that supposed to mean?

Mr Cohen, hope it's for real.

Think Esser said it all. How true. The left wants the whole world to change to their thinking(?) or hallucinating. It's become a sick world when, without shame, they can indict a leader of a nation on the great sin and crime of accepting champagne and cigars. Unreal!

“The hard-Left, as usual, gave [Yasser] Arafat
a pass on his personal involvement in the
murder of innocent civilians, as well as
on his refusal to condemn terrorism.

As is all too typical of the hard-Left,
they tolerate all manner of human rights
violations by anti-Israel and anti-American
tyrants, while railing against
even the most minor deviations from
perfection by the Western democracies.”

“Robert Spencer’s indispensable book exposes the genocidal ambitions and lies of the jihad against the Jews” :

What you are saying, of course, is that it's the anti-Netanyahu forces that are truly corrupt.

The company even claimed that it was in existence for four years when it was actually established just two years previously.

Yes. The same Benny Gantz who heads the Blue and White Party.

Last March the State Comptroller’s Office issued a report on the matter but its been a pretty much dead story ever since. Last week, in response to the High Court petition demanding a probe into Fifth Dimension, the state responded that it’s evaluating material.

Gantz was involved in landing the ONLY business Fifth Dimension got and the lies about the company were crucial in having the tender process waived but the narrative is that Gantz was clueless that all of this was going on.

Suffice it to say that there's a heck of a lot of glass in Mr. Gantz's house.

The whole Gantz Blue & White story stinks.
The "authorities" have spent years and a fortune trying to pin something on Bibi, and all they got was cigar smoke.

I agree with That nobody is perfect , but we like Bibi very much in Brazil and in United States