One aspect of belief in Gd is the faith that things will work out well, and it's not good to obsess over things we can't control.

I wasn't born with that talent, or talents. I wasn't raised in a religious home where people used faith in Gd  as a comfort or reassurance. Gd wasn't part of our reality. There was a lot of negativity.

I'd get overly hysterical about things. Considering that I was raised by parents who blamed me for all sorts of things, it looked rather hopeless for me to ever get over it. But over twenty years I became aware of how damaging this personality flaw is, and I've been working on improving/fixing myself ever since. A friend who suffered my outbursts way back when but stayed my friend throughout loves to tell people how much nicer I've become over the years, decades.

I've learned to see the Siyate D'Shmaya, Hand of Gd in things, learned to see the good and ignore the bad. When I report/complain about the difficulty/inconvenience I'm not living with, as the regional council is ripping up out streets and sidewalks to put in new sidewalks, causes dust and dirt in and out of the house, while at the very same time, we're renovating, getting a new kitchen, which brings the dust and dirt inside the house... I stop my complaint mid-sentence and tell people how lucky I am that these renovations are being done concurrently rather than consecutively, one after another. Such Siyate D'Shmaya, Gd is truly wonderful! What a blessing...

Sometimes the Siyate D'Shmaya comes in smaller, but no less miraculous packages. This morning, for instance, as left the enclosed area of the local swimming pool, I saw a young mother and child getting out of a car. The woman looked around, a bit confused and asked me:


"Where is the synagogue?"
"Noam Yonatan Synagogue?"
"Yes."
"Follow me. It's very near to my house," I replied.

It was very clear to both of us that this was an example of  Siyate D'Shmaya. She had immediate help, and was able to help her without even going out of my way. The timing was perfect.

One thing I've learned is that LIFE IS WHAT YOU MAKE IT TO BE. We've all heard about the way of dividing people into those who see a cup half empty versus those who see it as half full.

Over half a century ago as I learned choreography for Modern Dance and performance skills, it included an important lesson:


"If you fall while performing, just get up gracefully, as if it's part of the dance." 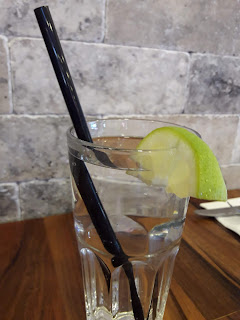 This is an extremely necessary life skill. We must make the unexpected, unwanted and unplanned into part of our life, even when it's sad. We shouldn't obsess over everything. We have to just go on. We must also distinguish between inconvenience and tragedy. Look for the humor.


The Optimist appeared in a 1940 edition of The Rotarian:

"Life handed him a lemon,
As Life sometimes will do.
His friends looked on in pity,
Assuming he was through.
They came upon him later,
Reclining in the shade
In calm contentment, drinking
A glass of lemonade."[10]

Very true. Very wise lesson. Everything is m'Shamayim and if we learn to accept the little mishaps, etc, I find H' fixes it very fast. After a while, we see how true this is and how H' is looking out for each and every one of us, if we only take the time to realize it. We just need a little patience and most of all, faith (emunah) in H'.

Very appropriate thoughts to be coming out from Shiloh Batya.

Surely the story of Hannah reinforces everything you and Anonymous have said.

What a beautiful post Batya! I too (as you know) had a far from perfect childhood. It took me many years to realize that happiness is a choice and not the result of anything particular in going on in ones life. As Dr. Goldshmidt taught us in the Michlala in Bayit Vegan, "The plan of life is the unplanned!" He who knows not how to bend with the wind will crack and break. Bless you for sharing so much of your life and wisdom with us!

Gd willing, thanks, my good friend