As readers of my other blog, A Jewish Grandmother must know, we're in the midst of getting a new kitchen.

I'm not exaggerating to say that a new kitchen is a life changing event, certainly shouldn't be compared to illness and death, but it does demand numerous decisions, deprogramming, reprogramming and causes sometimes severe disorientation.

My need for a new kitchen stemmed from a need, not just a simple gimme desire for two full-sized ovens. There was no way we could fit them into our old kitchen, which had been designed with a niche barely wide enough for a narrow stove with two tiny ovens underneath. The size, about 57 centimeters, was very popular in 1971 Israel when we bought our Jerusalem apartment, but as time went on it became almost impossible to buy replacement stoves. The last one we got, just over ten years ago, if not more, was just a bissel too wide which prevented us from opening the sliding kitchen door. Luckily, we could enter the kitchen from the dining room part of the "L."

It also took so long to cook in tiny ovens. I couldn't do more than one small tray at a time.

We've been in our house close to thirty-three years now, and the kitchen plumbing was problematic, too. So, after squirreling away money for the past few years earmarked for "new kitchen," Over a year ago, I began trying to find out how such a thing becomes a reality. Choosing workers and a plan aren't easy. The nitty-gritty of that aspect is more the style of  A Jewish Grandmother, not this blog.

Now, thank Gd the heavy destruction, deconstruction and construction necessary for a new kitchen have been mostly completed. Yesterday I got the green light from our "kitchen guy" to start filling the new cabinets. In all honesty, it's easier said than done.

Most storage space is "drawers." I don't mind change, but my husband finds it traumatic, so I planned regular upper cabinets for the Meat/Fleishig dishes near the Meat/Fleishig sink. The Dairy/Milchig sink and counter are totally different and I'm storing in drawers.

It's also so difficult to accurately just space requirements and convenience. I am glad I didn't take an "expert" to help. After close to half a century as a housewife, I have a pretty good idea of what I need and how I work. Also, I'm blessed with a fairly good skill at spacial judgment/measurements. But even I, while planning, vacillated between confidence that we would have more space than needed and panic/acceptance that I'd be giving away or throwing out lots of my kitchen items. I did get rid of a few things while packing up the kitchen, and that includes all of my cookbooks and health/diet books.

There's a certain excitement in moving into a new kitchen and embracing the challenge of change.

We are now in the Jewish Month of Elul, the time of the year when we're supposed to make extra efforts to rid ourselves of sin, confess to Gd and try to live a more Torah Life. I see the parallels between Teshuva, Repentance and reordering my kitchen possessions and priorities.

Well over fifty years ago I made the momentous decision to live a Torah Life, while at the NCSY National Convention 1965. I've treasured the changes I've made ever since. It wasn'[t in the Month of Elul, but in a way I've been in the Elul State of Mind ever since.

May my new kitchen be used for good, for observing the mitzvot, chesed and smachot, Gd willing. 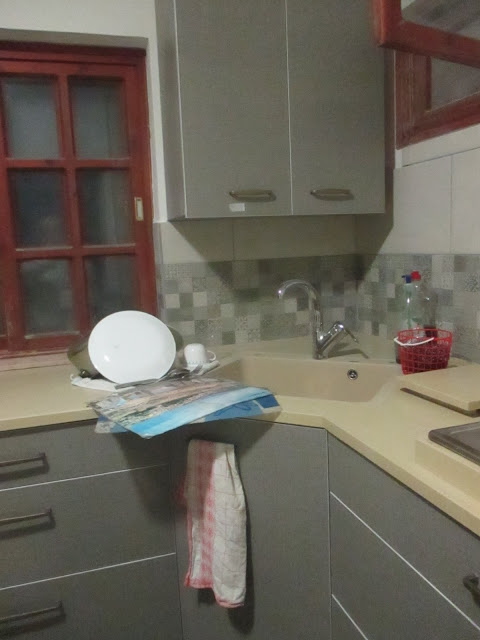 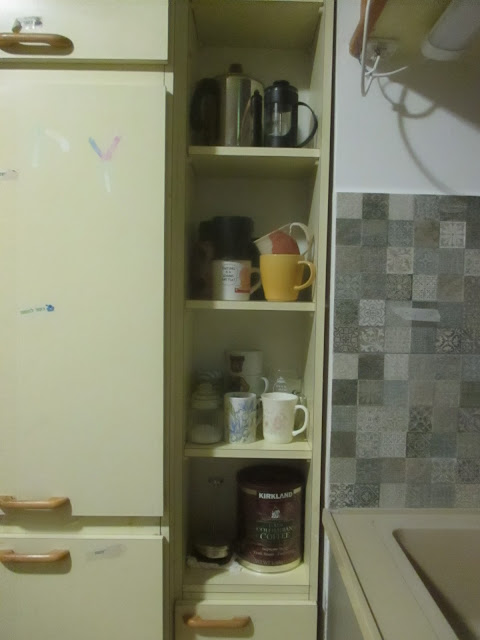 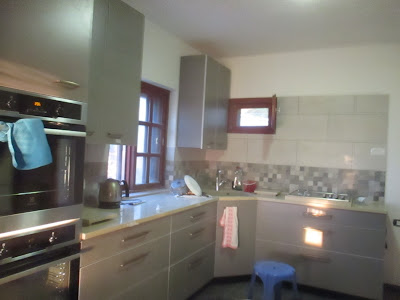 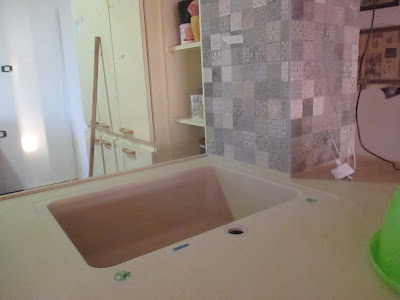 This reminds me of a public speech given
by Rabbi Avigdor Miller (OBM), where he
narrated the creation of the first kosher
candies in America, which probably happened
around the 1940s or 1950s.

He said:
“So now you could also have Olam HaZeh”
(or something very similar to that).

Now with your big kitchen,
you can also have Olam HaZeh.

Congratulations, use it in good health!

amen, thanks, though I hope to use it for mitzvot... olam haba

B”H It looks amazing. Nice colors too. Yes, use it in good health. Wishing you happy cooking and preparing of meals.

PS do i see space over your sink for more cabinets? Or do you not want them? Maybe a plant or two could go there :-)