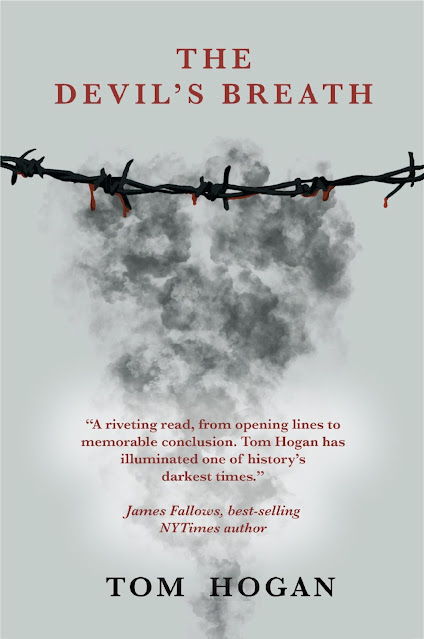 I read a lot of detective books, but I must admit that Tom Hogan's "The Devil's Breath" had me stumped. I hadn't a clue as to who the thief/murderer really was until it was revealed in the very last pages. Now if that isn't a recommendation, I don't know what is...
The Devil's Breath can be included in multiple genres, which is another great advantage of purchasing and reading it. As I said, it's a detective book, but it's also a noir thriller, historical fiction, most specifically Holocaust literature. It suits all ages, from teens to adults, including senior citizens like myself.
Someday you may see it as a movie, since The Devil's Breath was a finalist at the Napa Valley Film Festival and semi-finalist at the Austin Film Festival. Hogan did a good job trying to make Auschwitz realistic three generations removed from its horrors.
The mystery involves corruption among the Nazi administrators responsible for collecting gold from the Jewish victims of the gas chambers. Shimon and Perla Divko, an imprisoned Jewish couple, detective and investigator in their former lives, are reunited to discover who's been siphoning off some of the gold. They're given barely a week and no real tools to solve the mystery. Miraculously they succeed. The Devil's Breath's a great read.