Elections Again? This isn't Some Sort of Joke; Is It?

I don't know why it has taken me so long to blog about the upcoming elections here in Israel. Usually I'm right on the ball, blogging about the politics even before the decision has been made. This time, eh...

Are we all burnt out between elections and COVID corona?

The twenty first century isn't all it was cracked up to be. It's becoming more of a dystopian horror movie, and we're in it whether we like it or not. 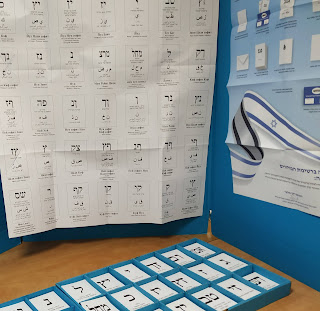 The score card is now under "construction" or something like that. MKs and wannabes are scurrying around trying to find the best chance to "live their dream" or extend their minute of fame.
There will be a deadline in another month or so, and by then deals will be made and dozens more polls will be publicized. Political parties may come and go, disappearing without even experiencing a single election on its own, sort of like a miscarriage. 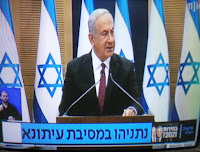 Veteran parties will join other historic relics in the political cemetery of has-beens. And Binyamin Bibi Netanyahu will attempt to keep on lengthening his record-breaking reign as Israel's longest standing/sitting/ruling Prime Minister.
While most Israelis are trying to stay alive and healthy and financially solvent, it seems that elections are the last thing we need again. But unfortunately, we haven't had a "proper" government for years, ever since Yvette (Avigdor) Lieberman broke up the coalition, if I remember correctly.
Please BLAME IT ON YVETTE, NOT BIBI. Look, I don't vote Likud, but this whole mess is the fault of Yvette (Avigdor) Lieberman. And the main reason no party leader can put together a viable coalition is that Lieberman's Bayit Yehudi party doesn't join anyone. He's proving himself to be an anarchist, not a believer/follower in the democratic legal system of government.
Gd willing these elections will result in a better mix/choice of MKs who want the best for the State of Israel and not just an ego trip. A coalition must work together for the good of the country, Knesset Members not just the ministers.