What Do You Think? 4th Elections or Will Bibi Gather 61+ Or Will Bibi and Gantz Make a Deal*? 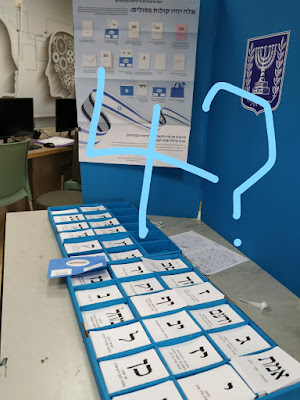 *When I wrote the post below just an hour or so ago, I didn't even think there was a chance that Bibi would trust Gantz. Honestly, I wouldn't trust him. But it looks like they actually will sign some sort of agreement for an emergency/unity government.

Rather crazy here in Israel. You'd think Prime Minister Binyamin Bibi Netanyahu had enough to do trying to make the safest possible policies for the citizens and residents of the State of Israel during "corona crisis." Whether Bibi wants to or not, he's still just an "interim" Prime Minister, since he hasn't officially formed a coalition.

Benny Gantz and his Blue and White party have fallen apart. Ditto for the party Labor's Peretz had formed with Orly Levi. Naftali Bennett and what remains of the NRP seem to change with each election. But Bibi and the Likud have been pretty stable, though Gidon Saar did try to usurp the top spot. You may think that usurp isn't the correct word, but the timing was totally bad, and I lost any respect I had for Saar. I feel that his challenge was bad for the Likud at a time when loyalty was needed.

So, what do you think? Will we have to go to elections yet again, or will Bibi manage to gather enough stray MKs to present a government coalition of 61+?

Please write your vote in the comments, thanks.
Posted by Batya at April 20, 2020

Actually, I would have preferred more elected to giving anything to Gantz