Thankfully Not All Israelis Embarrassed Themselves Over Biden's Visit

Everyone who heard that I would be in Jerusalem today thought I had lost my mind; even I had doubts. But since cousins were in from the states, and this was their only day...

Why was this considered a ridiculous irresponsible day to be in Jerusalem?

Street closings for the Biden visit were expected to wreck havoc in Jerusalem. Well, that may have been true in some neighborhoods, but not the routes I and my cousins would be taking to meet each other.

Israel always goes overboard when top American officials show up, and I'm not just talking about closing major roads and highways. Prime Minister Lapid and President Herzog were smiling so broadly, you'd think they just won the lottery, Nobel Peace Prize and had been crowned Kings of The World.

The so-called pundits on television stupidly took Biden's speech seriously confusing a "speech" with policy. Every time an American President comes they make the same idiotic mistake, and that includes the visits of Clinton, the Bushes and even Obama. Each president, no matter how little they think of Israel comes armed with an amazing pro-Israel speech. And each time we hear the same dumb commentary by pundits and reporters who think that these "I love Israel" speeches are actual policy. It's all cosmetics, like hair dye and plastic surgery.

The young and memory challenged in the media either forgot or never knew and didn't research that it was davka Biden who was nasty to then Prime Minister Menachem Begin. Besides that, the United States has never really supported the State of Israel when we were in danger. To be honest, I don't care, since Gd's help from our prayers is what we really need. I'd just prefer that our government officials understand it, besides not making up stories about "friendship." We're not allies. We can't rely on the USA. The State Department makes real policy there. Donald Trump overrode it in favor of Israel, consistently going against State Department demands. That's a major reason why he is so hated in Washington DC. But that's another story.

Davka, today I walked through both the Arab shuq in the Old City and the Machaneh Yehuda Market besides taking the lightrail. 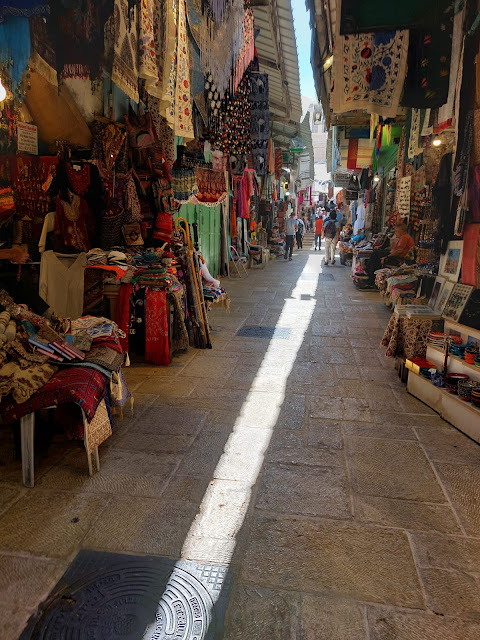 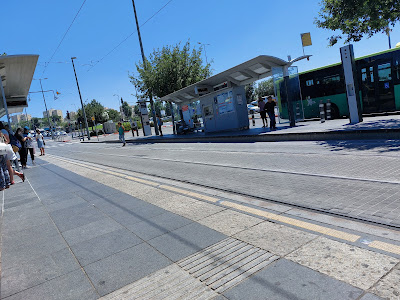 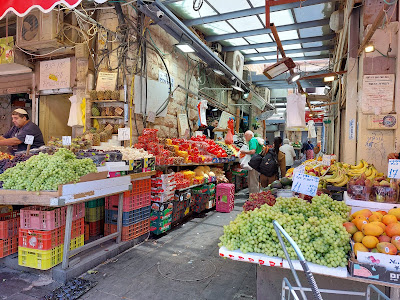 It was business as usual in the Jerusalem I visited. There was no sign of the Biden visit until I got on the bus going home, and the driver was listening to the radio. But I don't pick fights with the bus drivers... I just took out my book and read it.

Yes, Batya, you are totally right--as you always are--about America!!

And this is that "other story" you referred to which is the whole truth about why they MUST get rid of Donald Trump at ALL costs:
https://theconservativetreehouse.com/blog/2022/07/17/the-j6-motive-why-donald-trump-must-be-removed-the-political-surveillance-of-american-citizens/#more-235360