American Election Results- Was There Cheating? 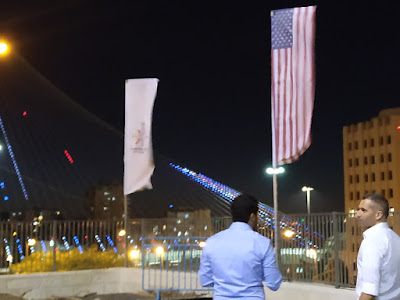 I've never voted in American Elections. When we made aliyah, moved to Israel, twenty-one 21 was the voting age. I was twenty-one, but there was no way I was going to wait around in New York another couple of months just to vote. So I never did. But I've always made every effort to vote in Israeli Elections.

Voting laws are different in Israel. First of all we have Identity Cards with photos, and you can't vote without showing yours. Your name/number is marked off when you come to vote. You can only vote in your assigned voting station, with very few exceptions. There are no overseas/mail or any other way of voting, except for active soldiers and diplomatic staff. Those ballots are double or triple packed with all ID information listed. They can't be counted until all other votes have been tallied. Then the ID numbers on the outside envelopes are checked with the IDs which had been listed as voted in the various voting stations. If that number is listed as having voted, the ballot is declared invalid. Cheating is possible, but difficult. Also voting laws are the same in every city/locality, so all citizens have equal rights.

It is very different in America. The United States does not have picture IDs. Apparently, states and even cities have their own different voting laws and regulations, so all citizens aren't equal, no equal voting rights. There are even locations which declare that it's illegal to demand identification. Cheating is easy, and that can't be refuted. And anyone who thinks that there's no cheating is naïve at best.

IMHO for the United States to have any semblance of fair elections, the entire process must be overhauled, including the introduction of picture Identity Cards. And voting laws should be national, not local laws. That's the only way all citizens will have equal rights.

Here in the United States we are screwed unless we overhaul our system of voting!!

It's such a mess, but--just in case you don't know why--it's because the DEMOCRATS have always fought tooth and nail to prevent any kind of rational system of voter id or voting practices and and that, I'm sorry to say, can only mean that they know they will lose without the methods they currently have put in place to cheat.

Our freedoms are at stake, it's life or death, because they can change the system so that (as Senator Lindsey Graham recently stated) a Republican will never again be able to win the presidency in America...and then they can start to change our Consitution.

I was so afraid I had some factual mistakes here, even though the situation seems worse than a nightmare. Unless something drastic happens to fix it, the USA won't survive to celebrate many more decades of independence.


An FB friend [Tomer D. Tamarkin] just posted this and I couldn't resist letting you know (just in case you hadn't heard).

"US citizens living in Israel received multiple email ballots from Pennsylvania to vote in the presidential elections on Thursday, five weeks after election day..."

Our corruption has a long reach, sadly.

Sadly, the USA has lost its moral authority and conscience. Self-destructing.